Nujum is a relaxed-paced, abstract board game for two players about predicting the movement of the stars. Anticipate your opponent's play correctly and move the Star Token, with the help of beautifully illustrated cards, in your favour!

Sign up to get notified when the Kickstarter campaign goes live!

The following pictures show components of the prototype and therefore work in progress. They are not representative of the final game. 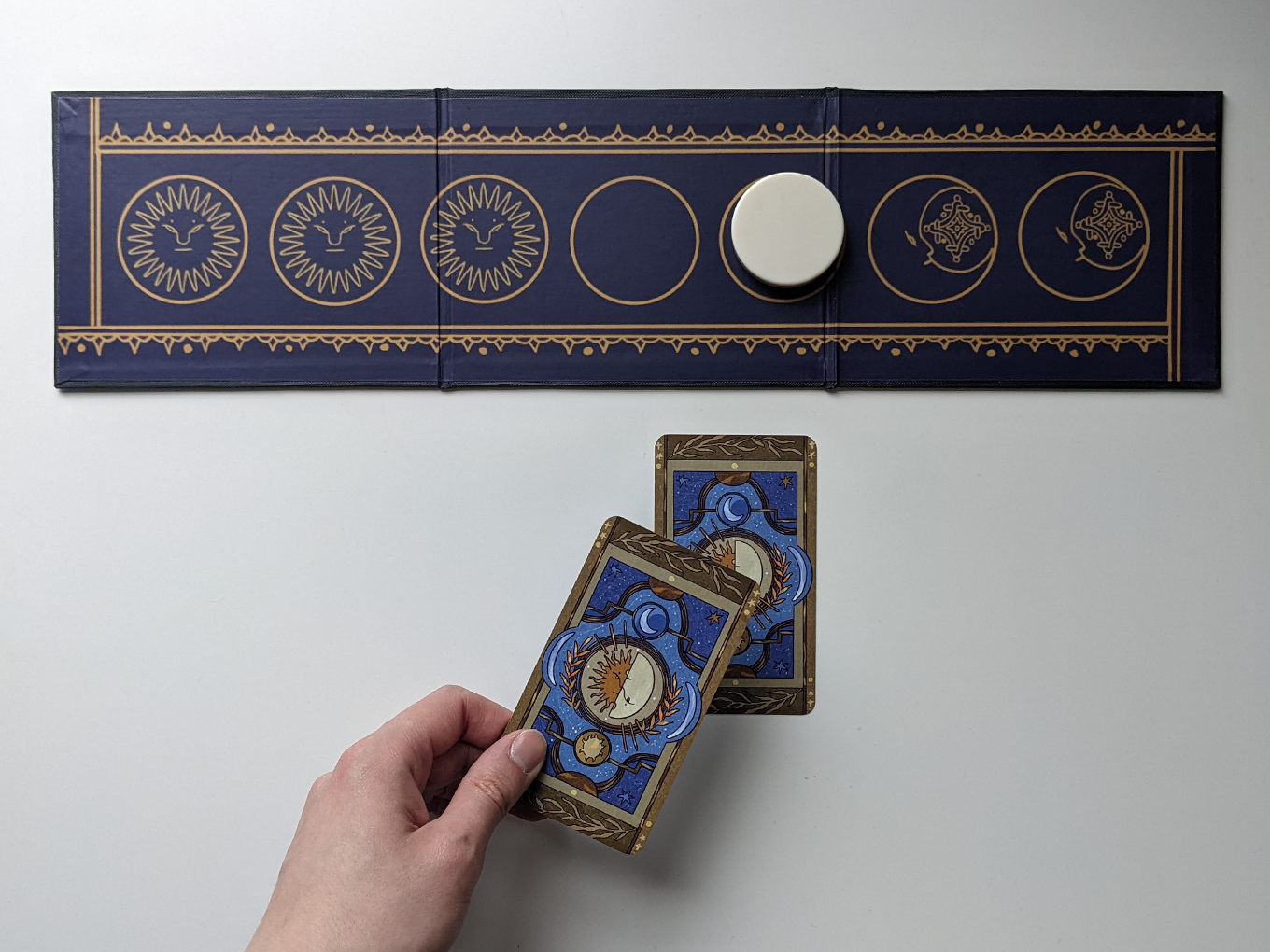 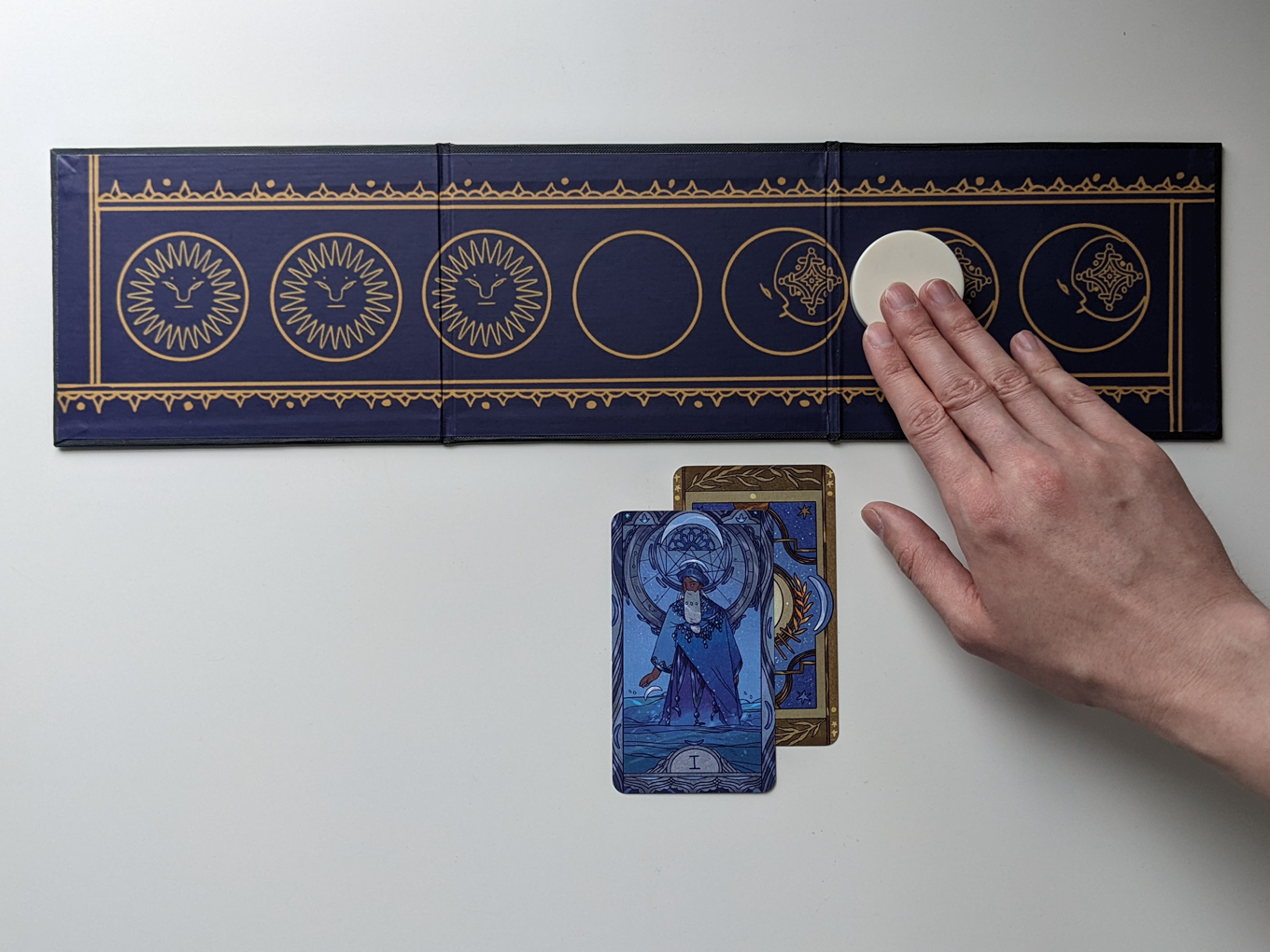 Reveal your opponent's Nujum Card first and resolve it by moving the Star Token the number of spaces shown according to its suit. Repeat those steps for your own Nujum Card. 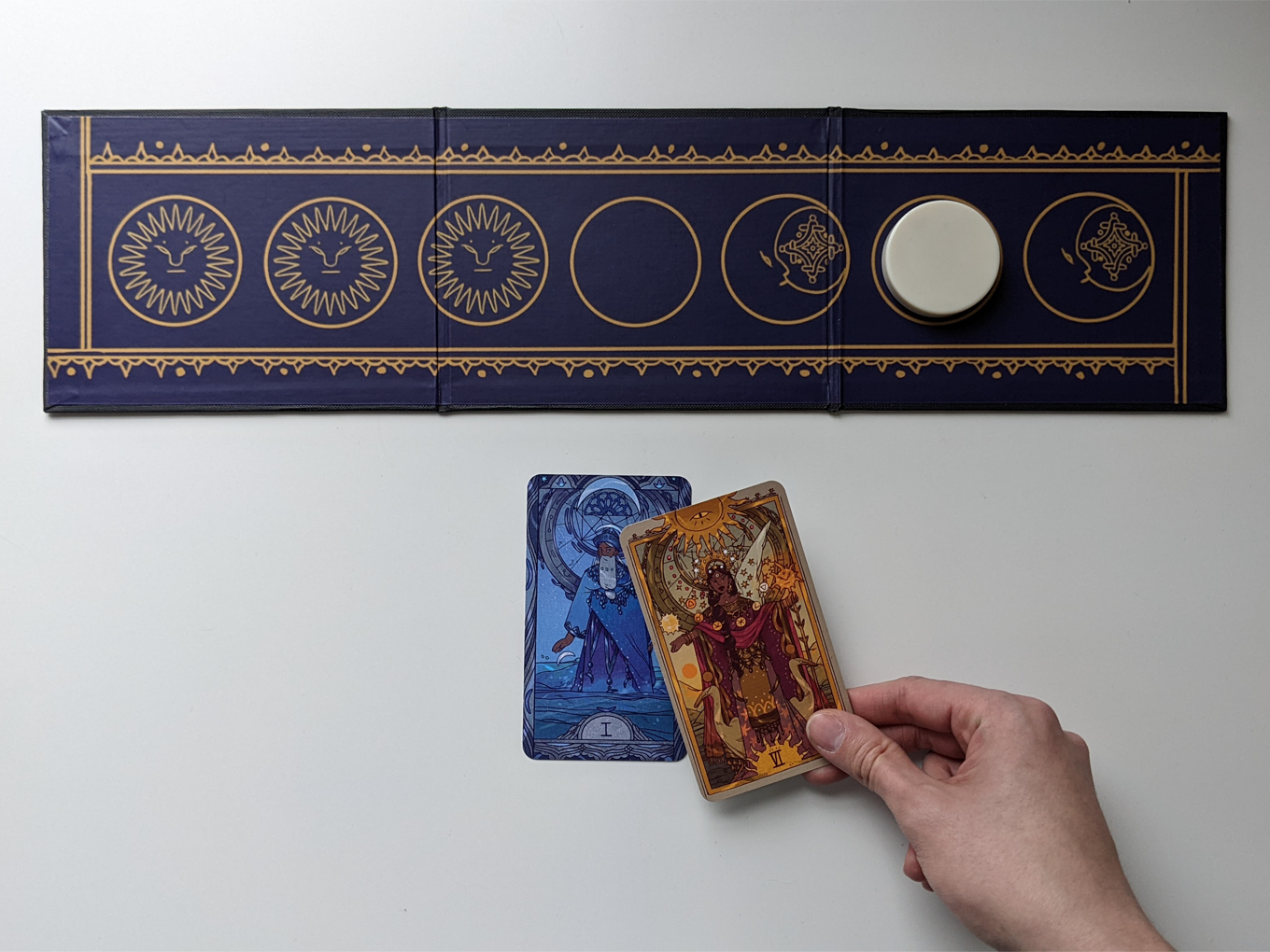 If you can move the Star Token the full number of spaces shown on the card you put that card on top of your score pile. If you can't, your Nujum Card is discarded and the token doesn't move at all. 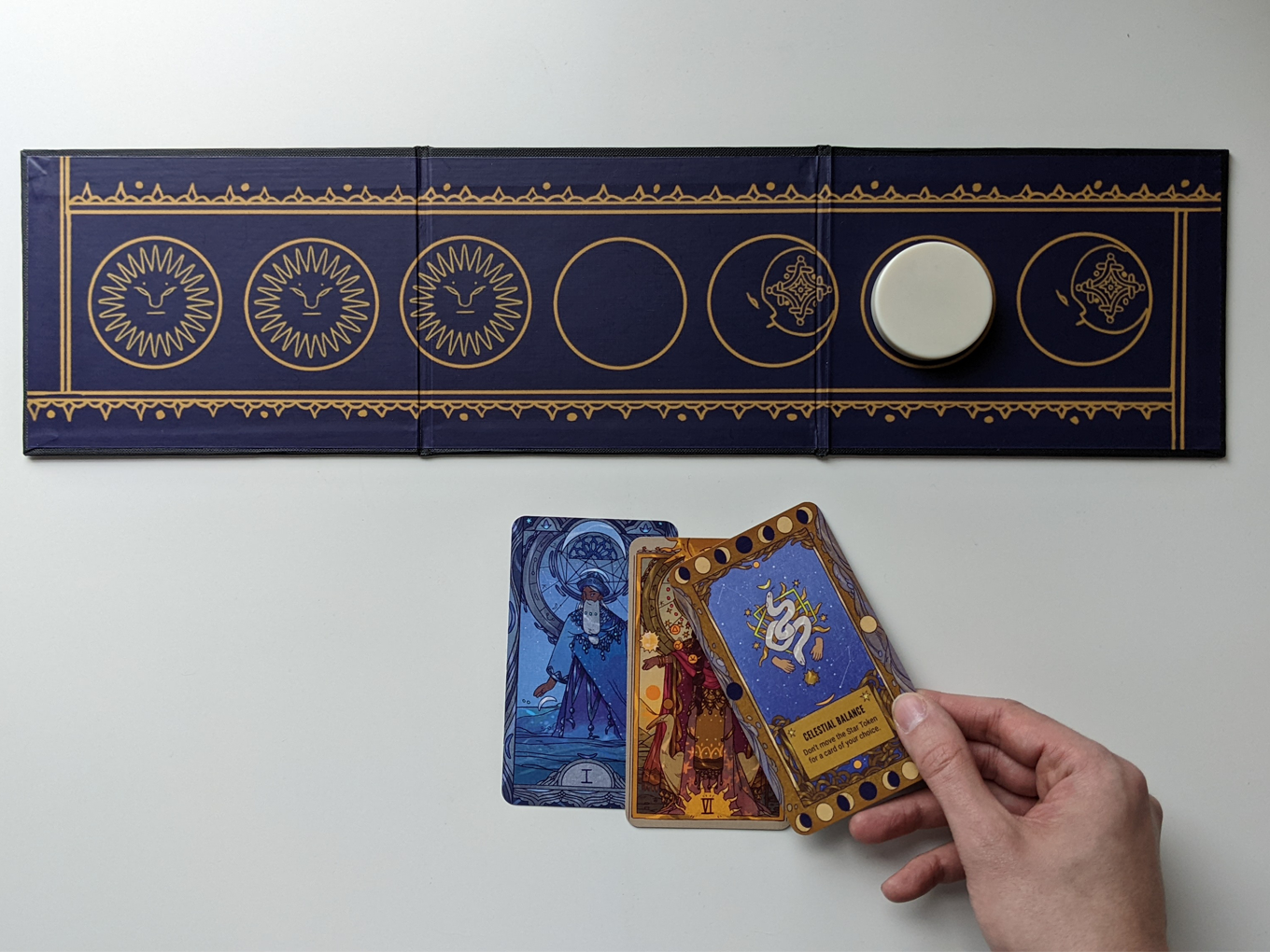 At any point during a player's turn after a Nujum Card has been revealed, you and your opponent may play Eclipse Cards from your hand to influence the movement of the Star Token. 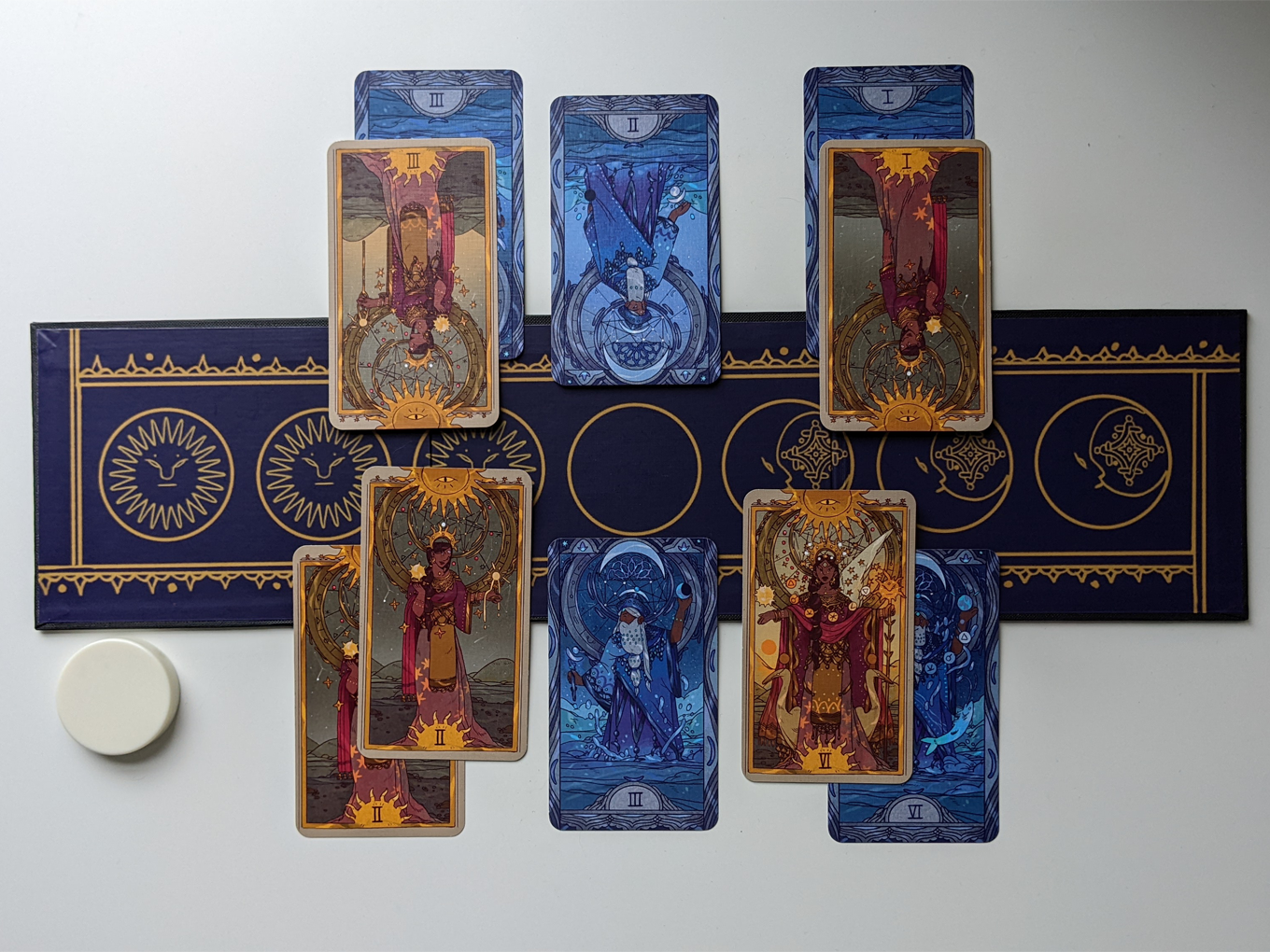 The game immediately ends when no more Nujum Cards can be drawn. The winner is the player with the highest sum of numbers in their score pile!

To get the latest updates about Nujum's development sign up to our newsletter.